The REAL problem with Amalgam fillings 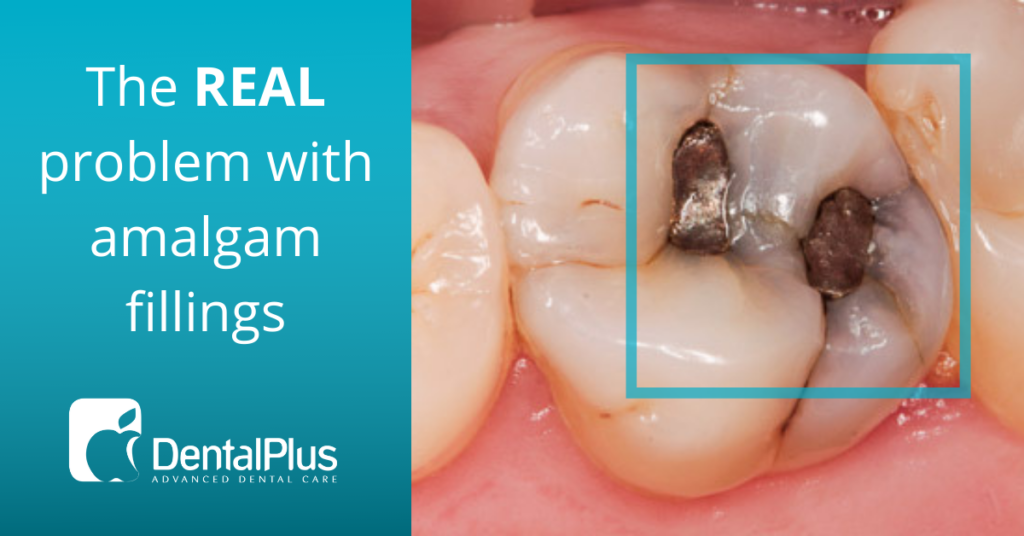 One of the hottest topics of online dental discussions has to be the safety, or otherwise, of amalgam fillings.

The reason for this controversy is that amalgam is a mix of metals including 50 percent mercury, a liquid metal known to be highly toxic to nerve and brain tissue. The concern is that mercury can leach out of the fillings, leading to health problems.

Amalgam fillings have a long track record, coming into common usage almost 200 years ago. The material was cheap, simple to use and strong enough not to break under chewing loads, so it gained widespread acceptance within dentistry.

The health risks of amalgam have been repeatedly scrutinised by many of the world’s health authorities. Their conclusion, based on numerous large studies, is that mercury leakage from amalgam fillings does not pose a measurable health risk to adults or children over the age of six. So amalgam fillings are considered to be safe, cheap and effective, and therefore are still widely used in dentistry today (2021).

From a clinical perspective, however, there are several lesser-known drawbacks to amalgam fillings:

A major problem with amalgam fillings is that they significantly weaken the teeth they are in. The larger and older the filling, the weaker the tooth becomes. After years of wear, many amalgam-filled teeth develop deep structural cracks adjacent to the fillings. Every day, we see examples of amalgam fillings that have fractured teeth, and repairs often involve major care such as crowning and root canal treatment, or implant replacement if the tooth is unsavable.

Amalgam doesn’t bond to tooth structure and must have sufficient bulk for retention and to resist fracture. For this reason it is generally necessary to sacrifice healthy tooth structure to provide retention and bulk for amalgam fillings. This irretrievably weakens and damages the tooth, making it more susceptible to later problems.

Amalgam fillings aren’t bonded to tooth structure, so there is a microscopic gap between the filling and the tooth. This provides a pathway for bacteria and nutrients to reach the inside of the tooth and begin the process of decay all over again. The decay process is often slow but can cause significant damage over time. Under most of the amalgam fillings we remove, there is decay.

No one wants a black tooth and that is exactly what amalgam looks like. Not only does the surrounding tooth appear grey, as the metal corrodes amalgam fillings can also stain or tattoo the remaining tooth structure.

For these reasons, as well as the fact that we find working with liquid elemental mercury to be too hazardous, DentalPlus doesn’t offer amalgam fillings.

Instead, we have developed a tooth-coloured filling system we call UltraTough, a blend of carefully selected materials bonded into teeth in layers to provide durable, decay-resistant (and invisible) fillings. Ultratough fillings will be the feature of a future blog post, so please check there for more details.

Make your next dental experience
the most positive, painless & pleasant ever